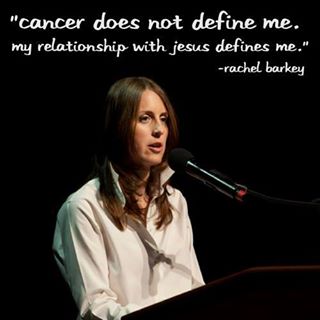 4 months before passing away, loving mother of two and wife Rachel Barkey gave a speech so moving, it'll change you forever. She gave her final message about dying and our Lord before a live audience, changing so many lives.
See the moving video http://www.godvine.com/Mother-Dying-of-Cancer-fb-gh-3703.html
Posted by Unknown at 1:45 PM No comments:

The Prayer That Makes A Difference!

A minister passing through his church in the middle of the day decided to pause by the altar to see who came to pray.

Just then the back door opened, and a man came down the aisle. The minister frowned as he saw the man hadn't shaved in a while. His shirt was torn and shabby, and his coat was worn and frayed. The man knelt down and bowed his head then rose and walked away.

In the days that followed at precisely noon, the preacher saw this chap/ Each time he knelt just for a moment, a lunch pail in his lap. Well, the minister's suspicions grew with robbery a main fear. He decided to stop and ask the man,'What are you doing here?

The old man said he was a factory worker, and lunch was half an hour. Lunchtime was his prayer time for finding strength and power. I stay only a moment, because the factory's far away.

As I kneel here talking to the Lord this is kinda what I say:
'I JUST CAME BY TO TELL YOU, LORD, HOW HAPPY I HAVE BEEN SINCE WE FOUND EACH OTHERS' FRIENDSHIP AND YOU TOOK AWAY MY SIN. DON'T KNOW MUCH OF HOW TO PRAY ,BUT I THINK ABOUT YOU EVERYDAY. SO JESUS, THIS IS BEN JUST CHECKING IN TODAY.'

The minister feeling foolish told Ben that it was fine. He told the man that he was welcome to pray there anytime. 'It's time to go and thanks', Ben said as he hurried to the door. Then the minister knelt there at the altar which he'd never done before. His cold heart melted, warmed with love,as he met with Jesus there. As the tears flowed down his cheeks,
He repeated old Ben's prayer:
'I JUST CAME by TO TELL YOU, LORD, HOW HAPPY I'VE BEEN SINCE WE FOUND EACH OTHERS' FRIENDSHIP AND YOU TOOK AWAY MY SIN. I DON'T KNOW MUCH OF HOW TO PRAY, BUT I THINK ABOUT YOU EVERYDAY. SO JESUS, THIS IS ME, JUST CHECKING IN TODAY'.

Past noon one day, the minister noticed that old Ben hadn't come. As more days passed and still no Ben, he began to worry some. At the factory, he asked about him and learned he was ill.

The hospital staff was worried, but he'd given them a thrill .The week that Ben was with them brought changes in the ward. His smiles and joy were contagious and changed people were his reward.The head nurse couldn't understand why Ben could be so glad. When no flowers, calls or cards came and not a visitor he had, the minister stayed by his bed.

He voiced the nurse's concern:
No friends had come to show they cared. He had nowhere to turn.
Looking surprised, old Ben spoke up and with a winsome smile said, 'The nurse is wrong, she couldn't know. He's been here all the while.
Everyday at noon He comes here, a dear friend of mine. You see, He sits right down and takes my hand, leans over and says to me:
'I JUST CAME BY TO TELL YOU, BEN, HOW HAPPY I HAVE BEEN SINCE WE FOUND THIS FRIENDSHIP, AND I TOOK AWAY YOUR SIN ... I THINK ABOUT YOU ALWAYS AND I LOVE TO HEAR YOU PRAY, AND SO BEN, THIS IS JESUS, JUST CHECKING IN TODAY ..

Posted by Unknown at 7:01 AM No comments:

Hope And Peace Through Cancer 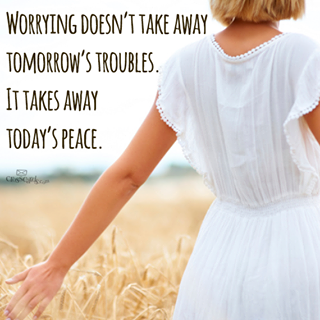 If we can truly grasp that God has tomorrow in the palm of His hand and the scope of His eye, we can begin to trust for today. - Jeanne Doyon.

Posted by Unknown at 1:05 PM No comments:

In 1995, Byron Dudley decided to retire early from his 30-year career in education and devote full attention to his love of photography. He was interrupted when he found a malignant tumor in his armpit, which turned out to be a recurrence of a melanoma from a few years earlier. After having the tumor removed, Byron went through a long and difficult year of taking Intron A, a drug which caused him to be very sick.

The treatments left Byron sick and depressed. "Others may care, but they don't really understand what it's like to battle cancer and how awful that battle can be, even if you end up winning it," he says.

Byron turned to his wife, Nancy, and golden retriever, McKenzie, to keep him company on his journey to recovery. With all the physical and emotional side effects taking their toll, he tried to focus on taking things moment by moment, one day at a time.

After the doctors declared him cancer free, Byron came up with the idea to produce a 2008 Calendar of Hope for a medical center in Oregon. The calendar featured his landscape photos, along with some of the thoughts he had recorded in his journal as he went through cancer treatment. Byron's intention with this gift was to renew hope and inspire others who have been touched by the disease, because, he says, "hope is essential in the will to live."


Every day
is just another
blessing.


The calendar was very well received, and it was distributed by the medical center to 2,500 people battling cancer throughout central and western Oregon.

Byron now believes that life is good, and he feels that he's very fortunate. "At my best, I am a more patient person, patient with myself and with others," he says. "Now that I'm 73 years old, every day is just another blessing. I'm learning to become a fly fisherman. I'm still planting trees. I'm looking forward to tomorrow!"
Posted by Unknown at 8:03 AM No comments:

Lecture On Recurrence Of Ovarian Cancer. 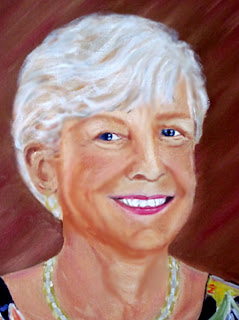 Oil painting of Faith Jacques, by Artist Claude Jacques  Founders of "Hope Through Cancer" outreach at http://www.hopethroughcancer.com/   Faith was diagnosed with stage 3C ovarian cancer four years ago and wanted to share this interesting information on the recurrence of ovarian cancer.
She said:

"This is a really interesting lecture on recurrence of Ovarian Cancer.
This doctor is very easy to listen to and understand. There is a lot
of info to help us to make decisions on treatment options. I found
this to be worth the time of watching.
So for anyone interested specifically to Ovarian Cancer you might
find this very helpful."
http://www.ovarian.org/Dealing-with-Recurrence.php
Posted by Unknown at 8:16 AM No comments:

Living and loving every day

"Women your age don't get breast cancer," someone told Minnie Hines-Chen when she found a lump in her breast during her first year of college. But at the end of her second year, she was diagnosed with the disease. And just a few weeks later, she was accepted into nursing school.

Determined not to waste energy on anger, fear, or resentment, Minnie chose to have a bilateral mastectomy and an intense chemotherapy regimen so she could get back on track with schooling as soon as possible. "There was only room for one enemy in this battle," she says, "and I knew I needed all my strength to conquer it."

"Being only 20 years old, all the breast cancer survivors I met were older. But it was nice," she says, "because I had strong ladies to look up to, and our shared experience opened up doors and relationships that I never knew existed."

Minnie also had good friends keeping her busy, and her strong will helped her mom keep the faith that her daughter would make it through.


I’m here and able
and that’s what
matters most.


As soon as she was able, Minnie began telling her story and educating others about her experience. She began speaking at conferences and became a Reach to Recovery volunteer to encourage newly diagnosed patients.

Minnie says that she still deals with the stigma associated with cancer. "So many people are uneducated about the disease and the wonderful people who are fighting it every day," she says. "I'm glad I can bring wisdom to those around me. I still have scars from my chemo port, mastectomy, and reconstruction. But I'm here and able, and that's what matters most."

Minnie reached her goal of becoming a nurse and always keeps her positive attitude, despite the long-term effects of her cancer treatment. "I have to take tamoxifen daily, get monthly injections, and am in artificial menopause," she explains. "I can't have children, which puts a damper on my dreams. But until I learn what God has planned for me, I will keep serving others with compassion, laughing with my friends and family, and living for this moment every day."
Posted by Unknown at 3:06 PM No comments: