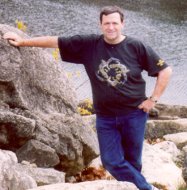 George Geisler's story of beating advanced cancer is a page-turner. One moment he was a healthy, active, 45-year-old computer specialist from the Dallas area; two weeks later he'd lost both kidneys to non-Hodgkin lymphoma and was told he had three months to live. He went bald during chemotherapy, learned to love TV soap operas, and made a recovery dramatic enough to be fiction.

Today, Geisler has been in remission for nearly two years, and wants to share his story in case any detail could help others facing cancer. Serious problems appeared in March 2001, when Geisler couldn't keep any food down for a couple weeks. He checked into Plano Medical Center for tests, expecting a digestive problem, and was told he had widespread cancer. "My head was spinning," Geisler recalls. "I knew whatever they were telling me couldn't be true." Disbelief was cut short by a turn for the worse. His kidneys were failing and he landed in intensive care after a liver biopsy. The lab report came back with Stage IV non-Hodgkin lymphoma. "It was in the blood, in the liver, in the kidneys, in the back. It was everywhere," Geisler explained. He was now very, very weak and in pain from a fractured vertebrae. "You don't feel like shopping."

'You're not going to die yet.'


Family flew in from around the country and helped George's wife, Donna, with the decision to start chemotherapy right away. Geisler doesn't recall the first CHOP treatment because of strong pain medicine. He does remember the oncologist who directed his treatment, Dr. Volker Gressler, telling him, "You are not going to die yet." "He didn't define that as today or tomorrow. He left it up to me to interpret." Geisler grabbed that sliver of hope and tried to maintain a positive attitude. "I felt that science could only do so much and I couldn't just lie in bed and expect to be healed," he explained. "The least I could do was smile." Along with chemotherapy, Geisler had injections of a biological agent to attack the cancer cells. "I think I was very responsive from the beginning. By the third round my doctor said, 'You look too good.'" CAT scans showed the liver tumor was shrinking. "My doctor said he's never seen someone recover like me, and he doesn't know what to think," said Geisler.

Bald in a Day


Positive attitude aside, Geisler had bad days, and the day his hair came out in tufts was one of the worst. He was too weak to go to a hair salon, so his stylist agreed to come right over. Geisler's wife, Donna, began to wash his hair and by the time the stylist arrived there wasn't much left. "I was very upset," Geisler recalled. "My hairdresser came in, and it was a hug and a cry and then, 'Let's take it all off.' She became part of my support system." he said. Geisler also lost the heavy beard he'd worn for years and got hooked on daytime TV soap operas. "I figured it was time to go back to work when I got emotionally involved. I was yelling, 'Don't Bo! Don't do it!'" Geisler responded so well to cancer treatments that he went back to work one month earlier than expected. He squeezes in kidney dialysis from 6-10 AM three mornings a week, takes vacations near dialysis centers, and plots out his future. "My two year remission mark is in October, and I'm waiting anxiously for that. I'm already ahead of the curve, but by two years, there's almost no chance of relapse." Future plans include a kidney transplant, leading a cancer support group, and retiring closer to family members on the eastern shore of the Chesapeake Bay.

'We Don't Take No Slackers Here.'


During a recent morning spent in dialysis, Geisler found himself encouraging the man on his right to make improvements in his life, and the man left the center with new resolve. Geisler jokes that there should be a sign. "You'd better not sit beside me. We don't take no slackers here." Since facing death, Geisler's approach is to seize the day. "In dialysis, I see people die once a month. They don't come back. You gotta' be positive. Take your meds. Don't be bitter. You're not dead yet. "I still have bad days. I crawl under the covers and wait for it to be over, or call a friend. There's no forgetting anything…but you have to put it behind you." What advice does the man who beat the odds have for other people facing cancer? "You're not dying this minute, so live this minute and the next and put them together and you've got an hour. And damn it, you never know where it's gonna' lead. You could have a lifetime of minutes."
Posted by Unknown at 8:11 AM No comments: 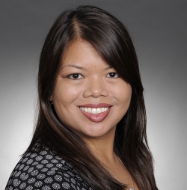 American Cancer Society Survivor Speaker Jemma Cabral tells audiences she hopes they never take another birthday for granted. A 2-time survivor of Hodgkin lymphoma, she certainly doesn’t. In fact, she measures significant events of her cancer journey in birthdays. She was diagnosed on her father’s birthday, began chemotherapy for a relapse on hers, left the hospital the day before her son’s, and had a stem cell transplant on her doctor’s. After her recovery, she began volunteering for the American Cancer Society, with most of her focus on Relay For Life and the American Cancer Society Cancer Action Network. This year she was named a Stakeholder for the Society’s research department.


From patient to volunteer

Cabral was 23 years old in 2002 when she was diagnosed with stage IIIB Hodgkin lymphoma, an advanced form of the disease that requires intensive treatment. Her cancer was not diagnosed right away, despite symptoms that included recurring fever up to 104˚, drenching night sweats, unexplained weight loss, loss of appetite, and enlarged lymph nodes in her neck. She began 6 months of chemotherapy, then went into remission (the cancer was under control).
Cabral returned to work, but 4 months later had a relapse – the cancer came back. This time she had an autologous stem cell transplant. In this type of transplant, Cabral's own blood stem cells were removed and stored while she received high-dose chemotherapy. The stem cells were then given back to Cabral by infusion into her blood to restore her bone marrow.
Her boss and co-workers were supportive, working around her transplant schedule and even donating blood. One co-worker in particular was to have a dramatic effect on Cabral’s future. Herself a Hodgkin lymphoma survivor, she reached out to Cabral with practical information and emotional support. And she introduced Cabral to the American Cancer Society and its community fundraising event Relay For Life.


A leader is born

Cabral attended her first Relay For Life meeting at her local American Cancer Society office in Arlington Heights, Illinois. There, she was asked to be the event’s honorary chair and give the survivor speech. As Cabral says, “The rest is history.” Since then she has delivered more than 30 speeches, served on several committees, and chaired 3 events in 2 different states.
“As a 2-time cancer survivor,” said Cabral, “I have made it my personal mission to make a difference in the lives of those who have been touched by cancer. To make a difference in this world you don’t always have to do something earth shattering; you can do something as simple as walk and talk.”
In 2009, in honor of the 25th anniversary of Relay For Life, Cabral decided to attend at least 25 events in honor and memory of 25 people whose lives had been touched by cancer. In the end, she attended a total of 30 events in 6 states, Puerto Rico, and Canada.

According to Cabral, “I am alive today because someone did research to find out how to use stem cells to save my life.”
Because of that, she is determined to talk to whoever will listen, and raise as much money as possible for cancer research. As a volunteer for the Society’s advocacy affiliate, the American Cancer Society Cancer Action Network (ACS CAN), Cabral has spoken to lawmakers on Capitol Hill about the need for more federal funding for cancer research.
Today, Cabral is a Stakeholder for the American Cancer Society’s research department. As a member of the Health Policy and Health Services peer review committee, she evaluates grant applications to help identify the most promising cancer research proposals.

Cabral plans to spend her life working to end cancer. But she doesn’t want her contribution to end there. She has become a Society Champion by designating the American Cancer Society as a beneficiary in investments she holds. She sees this as a way to leave behind a legacy of her own survivorship.
Cabral said, “You don’t have to be 50 or 60 to be a Champion. I want people my age to see that you don’t have to be older to make a difference; you can make a difference at any age.”
Article from (American Cancer Society)
Posted by Unknown at 7:04 AM No comments: